So we got an elf prince and a queen, what’s the next? An orc? Or a dwarf?
Nope, it’s a Miniature dragon now!

Dragons are always the most attractive and fascinating ones in every scale toy figures and model kits! Because of their huge size compared to the humankinds, dragons often appeared as an evil enemy, but sometimes a friendly partner as well.

The new Special Edition Elmore Dragons Diorama released on Kickstarter by Dark Sword Miniatures successfully raised its funding goal on 07/20, it’s a giant Elmore Dragon but in a small scale Miniature, and the best model kit to display with the Miniatures you already have.

And the Pictures of the Special Edition Elmore Dragons Diorama:

As the introduction on the Kickstarter says, “This massive Elmore dragon is over 500mm long from snout to tip of its tail and is over 310 mm tall (over 12 inches) from the bottom of its diorama base to the tip of its wings in its crouching pose.The wings measure well over 300mm from the side of one wing to the side of the other wing. This is a big beefy dragon with lots of body mass like the source artwork from Larry Elmore”

From Pins Of War

“The resin dragon itself with display base weighs over 2.5 pounds alone. This would be about a 10-15 pound kit if done in pewter. It easily dwarfs anything Dark Sword Miniatures has done to date in our first 11 years of being in business”
And we can realize how huge it is from the size comparison shots below: 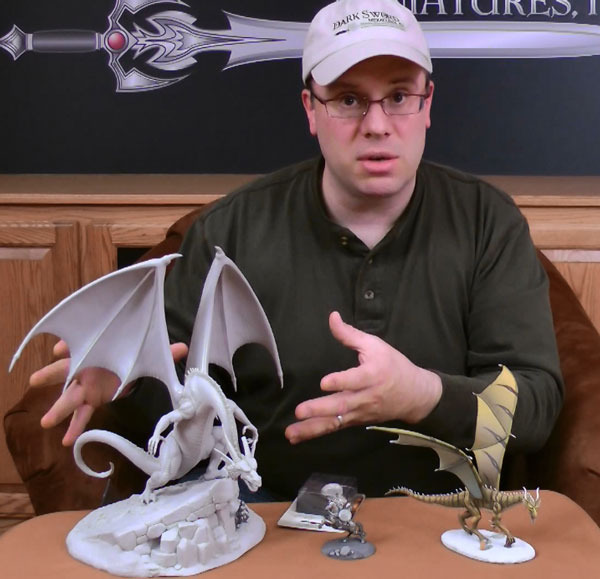 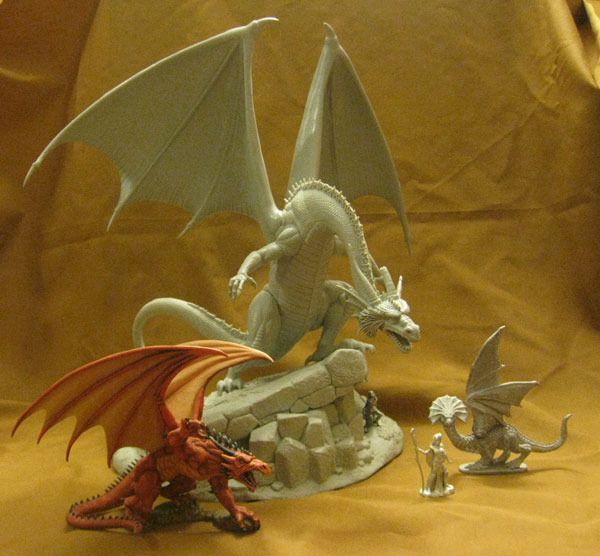 It’s a really fabulous work and fantastic art craft, and it’s worthy of collected even though you’re not the fan of Miniatures.
But beware of what I’m telling you now, if you start to hold one in hands, you’ll never get rid of them since that moment!